Happy Christmas' Eve ! I'm sure everyone's super busy whether for the gifts or anything else, but I wanted to share what I did for my nails as we'll have a big dinner tonight. I was just kind of bored last night and I had to do my nails so I picked some shimmery/glittery colors I just bought recently. I'm still a novice but I'm pretty proud of the finished look haha. 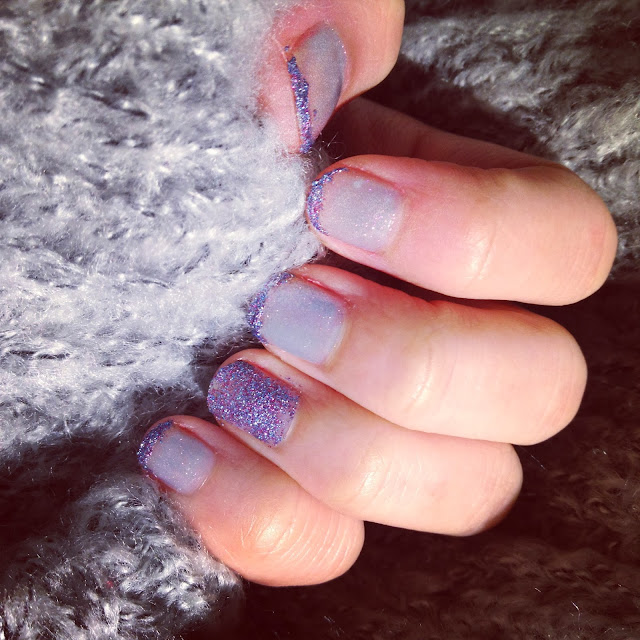 Hope that you'll have fun tonight ! if you did some special christmas nail look, leave a comment and I'll go check it !!

Anna x
Posted by missmanzanna at 4:27 AM 4 comments:

Hello everyone ! Not long ago, I was surfing on the internet and I saw that a friend of mine posted a picture. It was about a project. I decided to check this out. I had no idea what it was but thanks to Google, I found out that this project was lead by a certain JR. Have you ever heard about this guy ? Well, I haven't. I checked his website and stuffs. Then I discovered that he owns the world's biggest art gallery. Okay. I'm such an ignorant. haha. Anyway, I saw that the day after was the last day of the project in Paris. It was around midnight and I had to look for all the information even if I had to sleep early if I wanted to "do the project".

The day after : I arrived, quite early. It began at 1pm but I was there at 9am. Yeah I'm kinda crazy... Last time I miss "La Tour Paris 13" exhibition. Well, it wasn't really an exhibition but it's a tower which was about to be destroyed and one guy decided to invite more than 100 artists all over the world so they can make whatever they want on the walls. It was a street-art project. The entrance was free but people had to wait 8 hours !!!! I wanted to go twice but I fastly gave up when I saw the queue...
So this time, I arrived way before the beginning. Then I met a couple persons. It was nice but very cold too, so we decided to switch and go for a little walk when we were cold.

What's the point ? The project consists in taking a picture with an expressive face. Then the picture comes out of the little van and then you can stick it or should I say paste it on the walls or on the floor just next to us. The pic is quite big as it is almost 1,50 meter long. 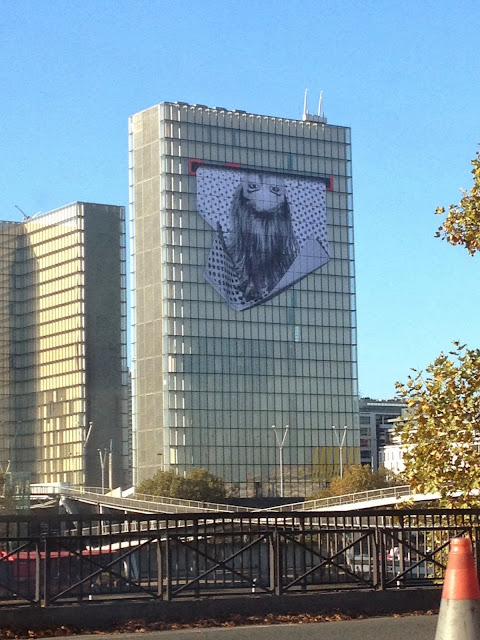 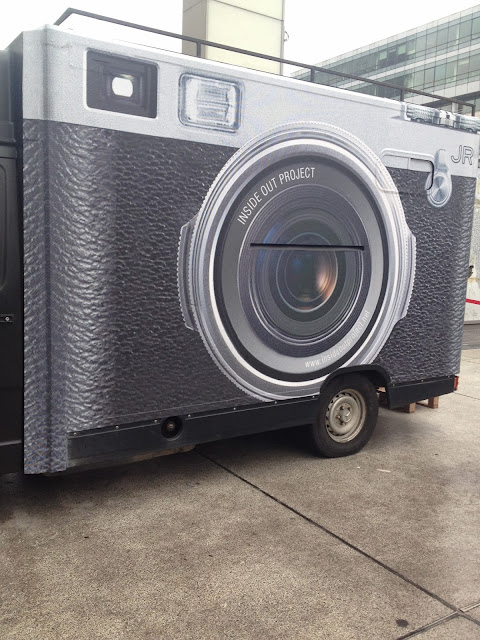 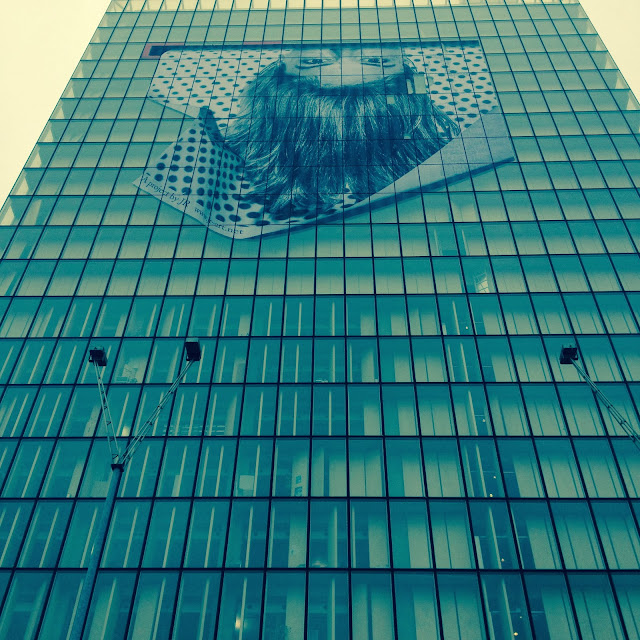 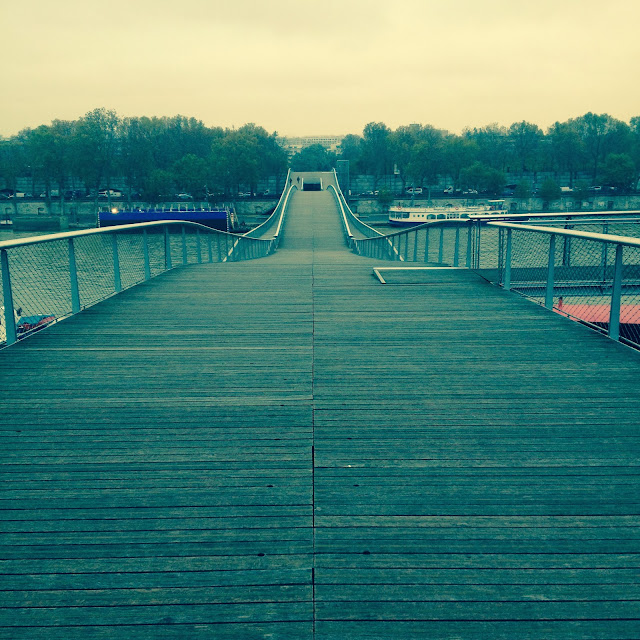 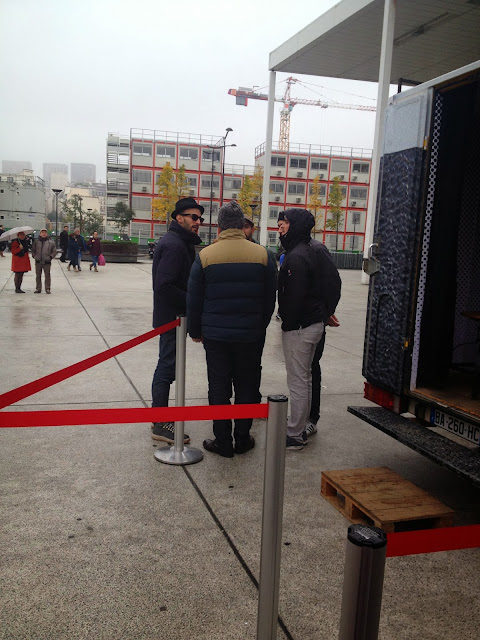 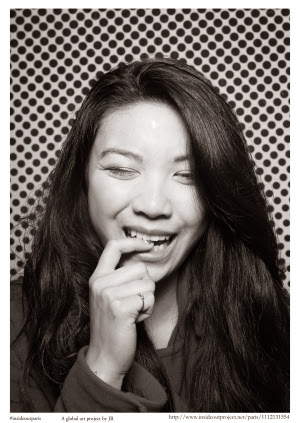 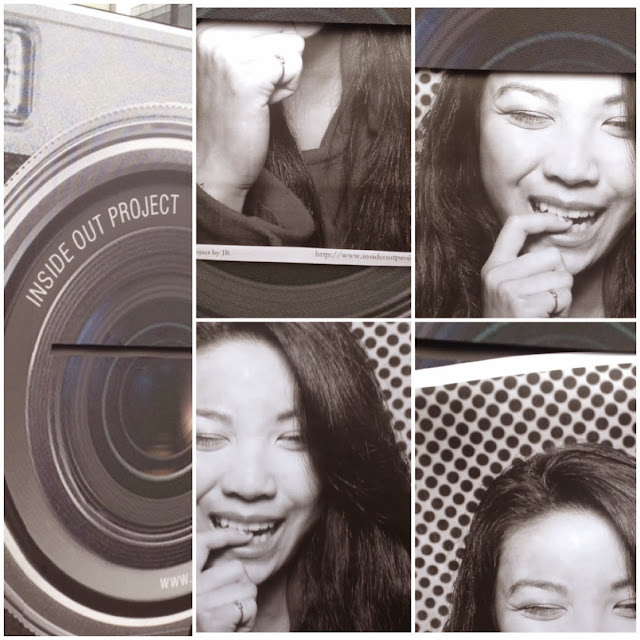 #followmyadventures haha
don't forget to check out my instagram missannatai

Hey guys, do you like chocolate ? I guess most of you do even if I've met some people who don't like that but anyway, let's ignore them cause they aren't normal haha

Born in Bretagne, the House Georges Larnicol remains faithful to its origins. Its whole production is realized in Melgven (South Finistère). After an atypical and artistic route, at the age of 30 Georges Larnicol follows the tracks of his father, at this time pastry cook.
Quimper marks the beginning of the adventure of the confectioner and chocolate maker Georges Larnicol with the opening of the first pastry in the 80s.
Facing the success, the soft madness Larnicol fast spread though the Bretagne, then the big West and finally gain the heart of Paris with the opening of a shop Boulevard Saint Germain in December 2010.
Since his title of Better Worker of France in 1993, Georges Larnicol can't stop surprising with his creativity and his skills about the materials he works with. His values are the ones of the homemade knowledge and the choice of the used raw materials, so that the products are accessible to the largest public possible. According to him, the quality must be shared by all. 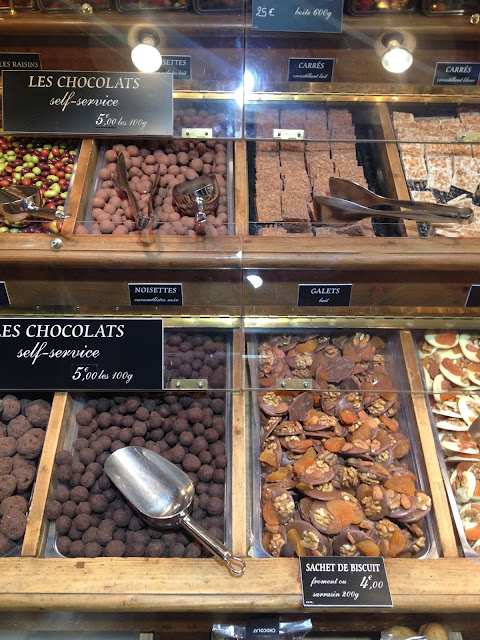 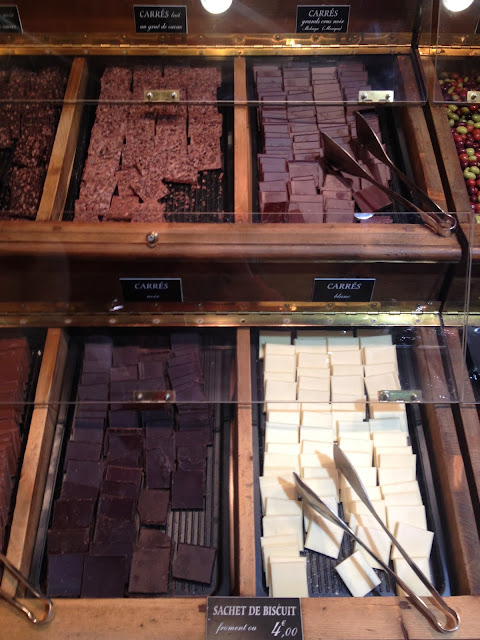 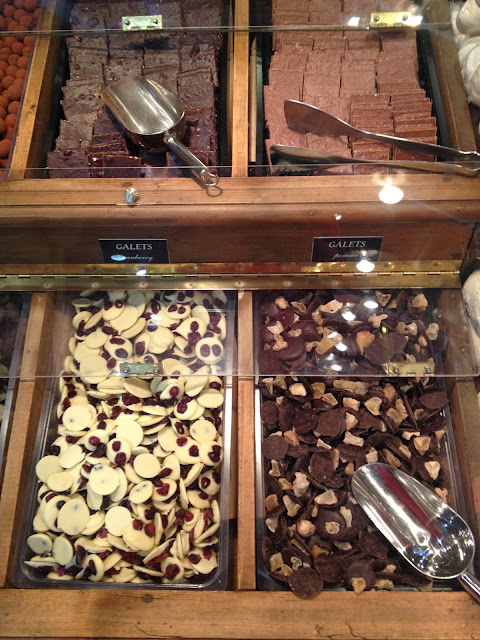 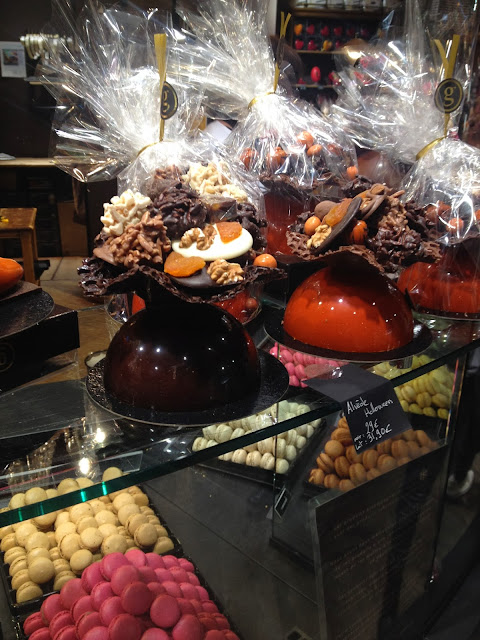 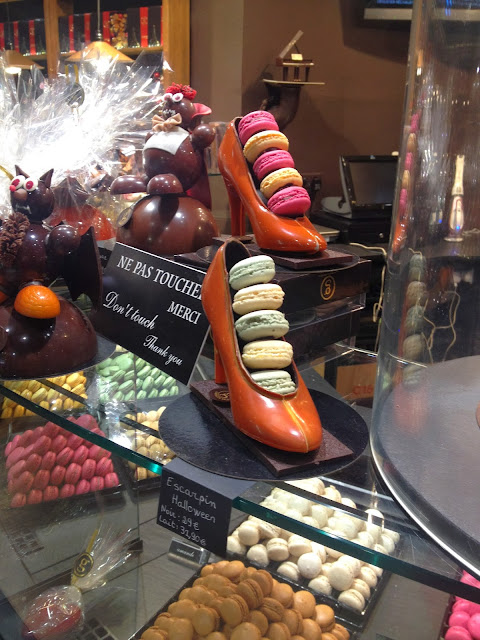 Everything looks so yummy right ? Well I tried some things, especially chocolate obviously and I'm now in love with the balls (no it doesn't sound wierd). No matter what you take, if it's chocolate, go on !

hello sweeties, I'm back again with another food/restaurant post !
I went to Le Tricotin with my dad and my sis. It's an Asian restaurant situated in the 13th district in Paris so yes it is located in the Chinese area.

There's often a lot of people here and the service is going pretty fast. You get your meals probably in about 10 min I guess ? very quickly. The food is very okay and the particularity is that it's not expensive ! If you want to order any kind of soup for instance, it will cost you only 7 or 8€ ! That's pretty much crazy !
You can find Chinese, Vietnamese, Cambodian.. food. Nevertheless the atmosphere is quite noisy but it doesn't bother me, so it really depends on people - what about you ? do you prefer silent or noisy places ? 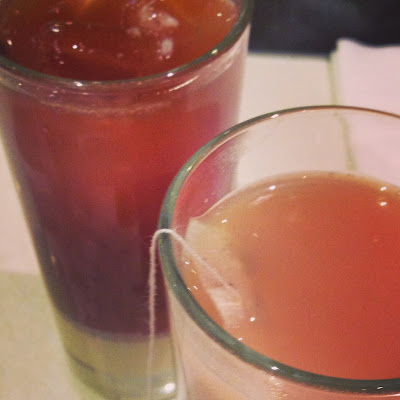 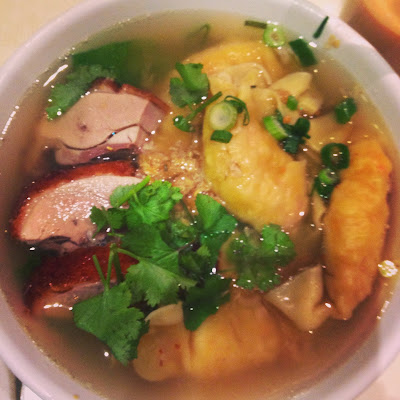 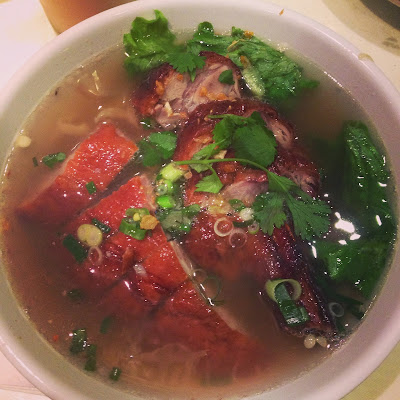 
My adventures are going on and ooooon ! haha

Alright, after being at Angelina, we joined another friend, then we decided to go to a restaurant. We wanted first to eat in a Korean restaurant but when we saw the menu and especially the prices... well maybe in the future haha. No, the one that is the closest is pretty expensive but a friend of mine told me that he went in a Korean restaurant not long ago and it was pretty good and not that expensive so maybe next time !

Anyway, then we decided to go to a Greek restaurant. I usually order a gyros but you know, when I'm good with something I don't wanna change except that this evening I wanted to taste something else. So I decided to order a moussaka ! I didn't really know what it was and how it tasted. I really like that, it's pretty yummy and I find it very healthy (i hope haha) beause it's full of vegetables ! 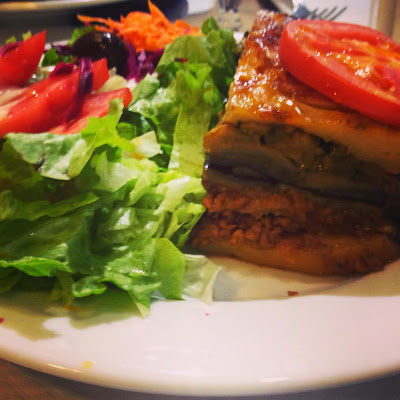 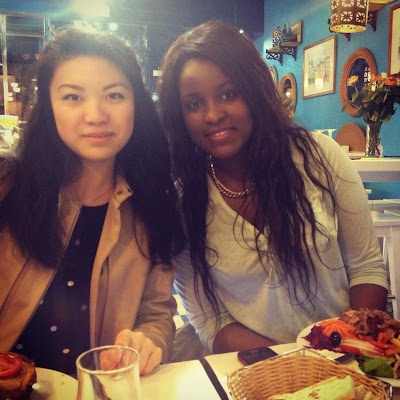 Stay tuned if you want to follow my adventures !!!
mouah ! xx 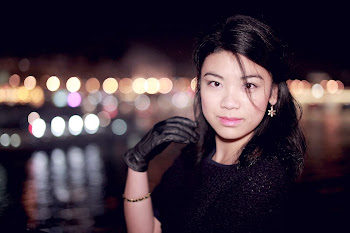